In 2013, the Organisation for the Prohibition of Chemical Weapons (OPCW) was awarded the Nobel Peace Prize in recognition of its extensive efforts to eliminate chemical weapons.

To preserve the legacy of this achievement, the OPCW established the OPCW-The Hague Award in collaboration with the Municipality of The Hague in 2014.

The OPCW-The Hague Award recognises the many stakeholders, including academia, researchers, chemical industry, international and regional organisations, and civil society that play a role in advancing the goals of the Chemical Weapons Convention.

The €90,000 prize is jointly funded by the OPCW and the Municipality of The Hague.

Nominations for 2022 have closed.

What you need to apply:

The Award eligibility criteria have been expanded to a wider and more inclusive range of nominees including young professionals. Eligible candidates must be citizens of or non-profit and non-govermental organisations registered in OPCW Member States who have contributed to one of more of the following areas:

Preventing the re-emergence of chemical weapons

Supporting national implementation of the Convention

Preventing the threat of chemical terrorism

Promoting universality and awareness of the Convention

Promoting the successful conclusion of the Convention

Download the call for nominations for full details of eligibility criteria and requirements.

Nominations for eligible individuals and organisations can be self-submitted or submitted by a third party acting as a nominator.

Nominators may include the following entities:

Self-nominations must be backed by at least two references from the categories of nominators listed above.

Current personnel of the OPCW Technical Secretariat and Delegations of Member States to the Organisation are not eligible to apply or be nominated for the Award.

Nominations will be evaluated by a Selection Panel. Up to three nominees may be selected who will each be awarded a share of the €90,000 prize.

Successful nominees will be informed of the Selection Panel’s decision and invited to attend the award ceremony, to take place on 28 November 2022 in The Hague, Netherlands during the Twenty-Seventh Conference of the States Parties

The distinguished roster of past winners includes experts in analytical chemistry, medical toxicology, the ethical use of chemistry, and the legal frameworks governing the elimination of all chemical weapons.

These remarkable past winners share an uncommon dedication to working with others to eliminate chemical weapons and advance the peaceful use of chemistry.

Dr Robert Mikulak (United States of America) is an eminent expert on chemical and biological weapons arms control and the former Permanent Representative of the United States to the OPCW from 2010 to 2015. Dr Mikulak has made substantial contributions to chemical disarmament through his extensive involvement in the negotiations of the CWC, and his work as the US representative to the OPCW Preparatory Committee. Currently, he is a member of the OPCW Scientific Advisory Board (SAB) and is an expert advisor on chemical and biological weapons issues at the United States Department of State. 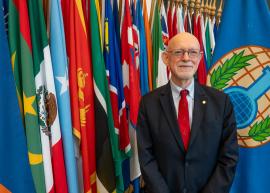 Mr Cheng Tang (People’s Republic of China) is an expert on chemical demilitarisation. He is currently the Chair of the OPCW Scientific Advisory Board (SAB) and an advisor to the Chinese National Authority. Involved in the text negotiations of the CWC in Geneva from 1990 to 1992 as well as the removal and destruction of Syria’s chemical weapons, Mr Tang has actively worked for the goal of a world free of chemical weapons. 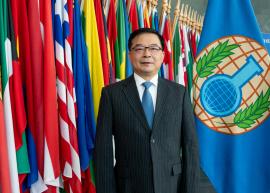 The International Union of Pure and Applied Chemistry (IUPAC)

The International Union of Pure and Applied Chemistry (IUPAC) is an international federation of chemists that was established in 1919. Consisting of members, associates, and affiliate institutions from around the world, the organisation played an instrumental role in the development and promotion of The Hague Ethical Guidelines on Chemistry. IUPAC has actively cooperated with the OPCW to produce educational materials, teaching modules and joint-OPCW symposia on CWC related topics. A strong advocate for the peaceful uses of chemistry, IUPAC has provided extensive and longstanding support to the OPCW in promoting the objectives of the CWC. 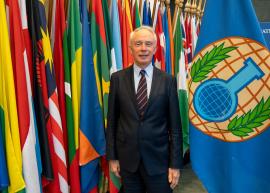 The African Centre for the Study and Research on Terrorism (ACSRT)

To achieve its mission ACSRT conducts research and produces studies on terrorism in Africa and develops strategic policy, operational and training mechanisms for the AU and its Member States. The Centre coordinates its activities with the National Focal Points of the 55 Member States of the AU as well as with Regional Focal Points representing the seven Regional Economic Communities.

The two International Master Courses in Protection against CBRNe Events at the University of Rome Tor Vergata, Italy aim to educate the next generation of first responders and policy makers. Since 2009, the courses have produced over 170 international experts and have become firmly established as a respected academic benchmark in this field. The Master courses contribute to the promotion of the peaceful uses of chemistry among a new generation of CBRNe experts.

Professor Leonardo Palombi, Director of the Department of Biomedicine and Prevention received the Award in 2017 on behalf of The International Master Courses in Protection against CBRNe.

Professor Mahdi Balali-Mood is an eminent expert in the field of medical toxicology. He has dedicated his career to caring and advocating for the victims of chemical weapons.

During the course of the Iran-Iraq war (1981-1988), Professor Balali-Mood treated large numbers of patients who had been exposed to toxic agents and was also regularly called upon to advise medical practitioners in the field. In the aftermath of the conflict, he established a clinic for those suffering from the delayed and long-term effects of exposure to chemical warfare agents.

Professor Balali-Mood has presented at numerous events in order to educate both medical practitioners and the public on the prevention, diagnosis and treatment of symptoms of exposure to chemical weapons. Additionally, he has served as an advisor to the WHO and the OPCW on medical management of chemical warfare casualties.

Professor Balali-Mood, a national of the Islamic Republic of Iran, received the Award in 2015. 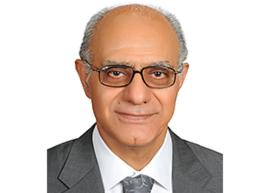 Professor Alastair Hay is a leading expert in the field of occupational health and toxicology. His extensive knowledge of the toxic properties of chemical warfare agents has proved invaluable in supporting the work of the OPCW and its core objectives.

Professor Hay has taken part in several missions to investigate and analyse samples following the use of toxic agents as weapons. His training courses for doctors and OPCW inspectors working in Syria have aided them in better understanding the long-term health effects of exposure to chemical weapons and establishing more effective protocols for the treatment of victims.

Professor Hay has also been instrumental in international efforts to promote ethical applications of chemistry and biology. He has contributed to numerous scientific advisory committees that have helped to formulate standards for exposure limits and to advance international policy and codes of practice.

Professor Hay, a national of the United Kingdom, received the Award in 2015. 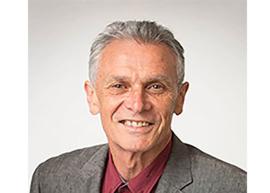 Dr Mathews has made significant contributions throughout his career to the development, establishment, implementation and promotion of the Chemical Weapons Convention; and furthermore, to the work of the OPCW from its inception.

Dr Robert Mathews was Head of the Nuclear, Biological and Chemical Arms Control Unit in the Australian Defence Science and Technology Organisation (DSTO). In that capacity, he served as an outstanding expert on both disarmament and non-proliferation of chemical and biological weapons, in addition to the development of protective measures against these weapons.

In 1978, Dr Mathews joined the international team of scientists and engineers developing the portable Chemical Agent Monitor (CAM), until its approval for use in 1984. In the mid-1980s, Dr Mathews established DSTO as a UN-designated laboratory for the analysis of samples in investigations of alleged use of chemical weapons. He is the author of a number of authoritative publications related to chemical and biological disarmament.

Dr Mathews, a national of the Commonwealth of Australia, received the Award in 2014. 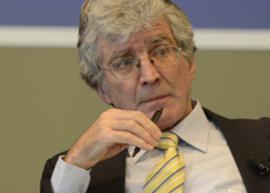 VERIFIN is an institute at the University of Helsinki. Since its establishment in 1995, VERIFIN has significantly contributed to chemical disarmament through the development analytical chemistry based tools for verification of the CWC.

VERIFIN’s focus has been on the development of methods for screening and identifying chemical warfare agents, their degradation products, and their starting materials.

VERIFIN has been active in promoting chemical disarmament and has trained over 1000 chemists from more than 130 developing countries in skills related to enhancing national implementation of the CWC. These include techniques in analytical chemistry, as well as in the activities undertaken by National Authorities to implement the CWC and enhance assistance and protection measures against chemical weapons.

Professor Paula Vanninen, Director of VERIFIN, accepted the Award on behalf of VERIFIN in 2014. 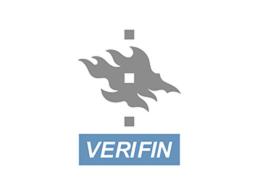